Using the highest-quality minerals available and organic ingredients when possible, our full line of hypoallergenic, cruelty-free skincare makeup is truly as nourishing for your spirit as it is for your skin.

I’m a Londoner who came to New York looking for adventure and found it! It began with a career in the entertainment industry working with actresses and models in television and film. As a casting director and producer, I got to know all aspects of an industry obsessed with appearances. A large part of the appearance tool kit, was, of course, makeup. However, it didn’t take me long to realize that makeup was still a second-class citizen. It didn’t matter what was in it, as long as it covered and stayed on long enough to get the shot. Worse was that makeup was contributing to problem skin and problem skin threatened careers and undermined self-confidence. 24 years ago, at three o’clock in the morning I had an idea: “How about a makeup that’s good for the skin?”

So in 1994, the jane iredale brand began with one product, Amazing Base (still a star in the line). It was immediately embraced by dermatologists and plastic surgeons because of its ability to cover, soothe and protect. Patients loved it because it didn’t feel like makeup; it just resulted in beautiful, flawless skin. As an added bonus, the quality of their complexions got better and better.

Meanwhile, I moved from the house where it all began to set up offices and distribution in rural Massachusetts. I really am a country girl at heart, so being surrounded by organic farms and gardens fed my spirit and inspired my work. (My dog liked it, too.) Bliss for me is walking in my garden and picking and eating a raspberry warm from the sun, then trying to figure out how to get that fresh, healthy experience into a product. I’m always guided by wanting the product to look good, feel good and be good for the skin. Being a no-fuss kind of person, I also want it to be easy to apply and multi-functional, so a woman can feel her best in the shortest amount of time.

The brand now reaches women of all ages and nationalities. Embedded in the DNA is the belief that makeup is at its best when it doesn’t try to make a woman conform to the latest fashion trends, but embraces her natural beauty and allows her personality to shine.

It seems to me that the possibilities are endless.

skin beauty, inside & out

“I was inspired to develop a makeup that was also good for the skin.” 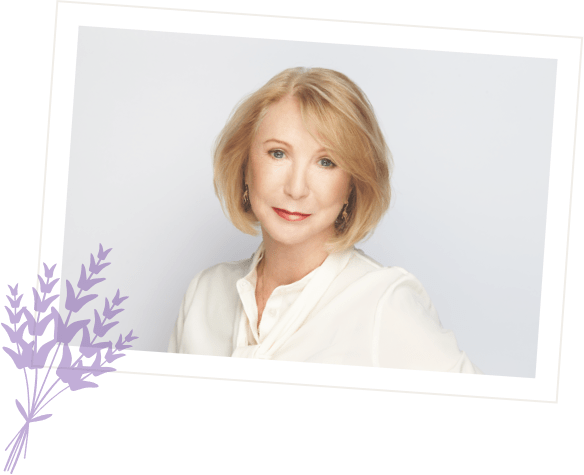 Our holistic approach to healthy beauty. Our supplements, skincare and makeup work synergistically in helping you achieve a beautiful complexion that is nourished, nurtured and naturally radiant—skin beauty inside and out. 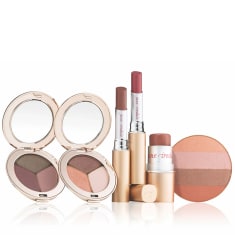 jane iredale makeup primers, foundations and hydration sprays are as good for your skin as they are beautiful to wear. Enhance your natural look with the skincare benefits and luminous, soft-focus effect of pure minerals. Learn more about our makeup.